A close encounter between a denning grizzly and a group of backcountry skiers prompted the closure of an area of Kananaskis Country to prevent more people disturbing the bear.

On Feb. 18, a group of skiers reported the close encounter with a large grizzly bear in the Sarrail Creek drainage below Mount Foch in Peter Lougheed Provincial Park.

“The bear came out of the den when the skiers passed and the bear was within one metre of the closest person,” said Arian Spiteri, a Kananaskis district conservation officer with Alberta Parks.

“The bear ran away and the group tried to travel in a way to avoid the bear and give it space. They did come across tracks elsewhere later, but there was no further encounter.”

Typically some of the larger male grizzlies in Kananaskis Country and neighbouring Banff National Park will start heading out of the dens about mid-March.

If the grizzly doesn’t go back to its den, Spiteri said it may likely find another bed in a sheltered area. 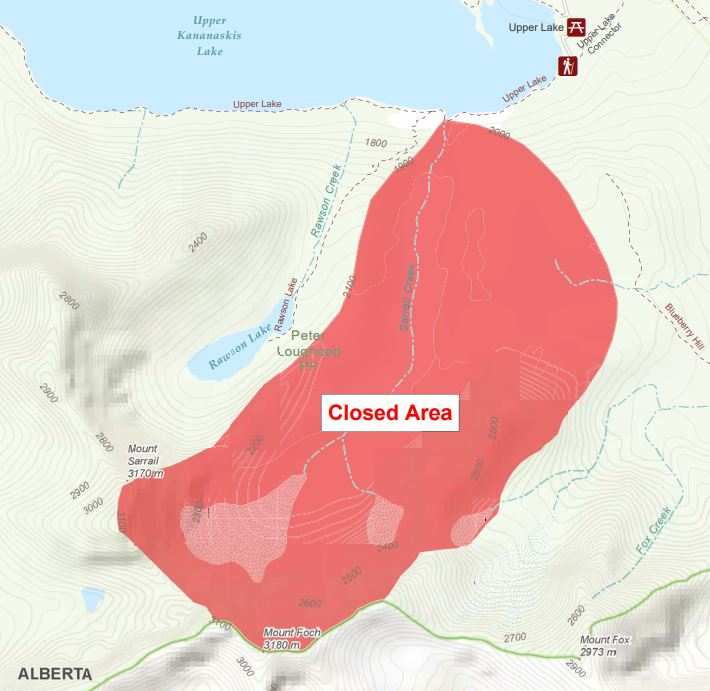