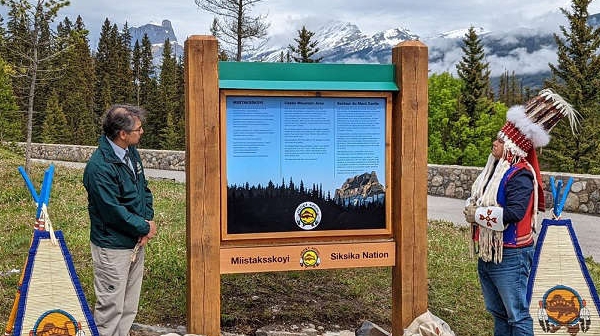 “The unveiling of these signs will affirm Siksika Nation’s presence in Blackfoot territory since time immemorial. Informing visitors on the true history of the area that speak to Siksika Nation’s activities in Banff National Park” added Richard Sparvier, Tribal Manager

Members from Siksika Nation & Parks Canada gathered Friday June 17,  to celebrate the unveiling of a sign in the Blackfoot language near Castle Mountain in Banff National Park.

According to the First Nation, Siksika land was wrongfully taken from there people in 1908 without consent and proper compensation, when it was added to the Rocky Mountain Park, now known as Banff National Park, in 1911.

In 2016, a settlement between the Government of Canada and Siksika Nation paid $123 million compensation for illegal use of land granted in the late 1880s.

Chief Ouray Crowfoot said the Blackfoot have been in the area since time Immemorial.

This statement is not simply a claim made by the Siksika, but one that is supported by evidence and proven as part of the Castle Mountain Claim. As part of the settlement agreement, Parks Canada agreed to provide interpretive signage telling the story of Miistukskoowa (Castle Mountain). The claim was settled in August of 2016, so these interpretive signs are long overdue. It’s time the people of Alberta learn the true history of our Province. A history that cannot be written without the Blackfoot. We played a critical role in the forming of this region and we will continue to have a vital impact of the future of Alberta and Canada.”

This was an important area for the Blackfoot Nation because of its location that includes two routes into the Rocky Mountains. The Blackfoot people harvested animals, medicinal and edible plants, red ochre, yellow ochre, and is considered a sacred place.

“The Blackfoot used this area as a favorite wintering camp because of the hot springs which was also a good area for harvesting lodgepole pines for their lodges. The area was used long before the treaty was signed.” Explained elder Scotty Many Guns. 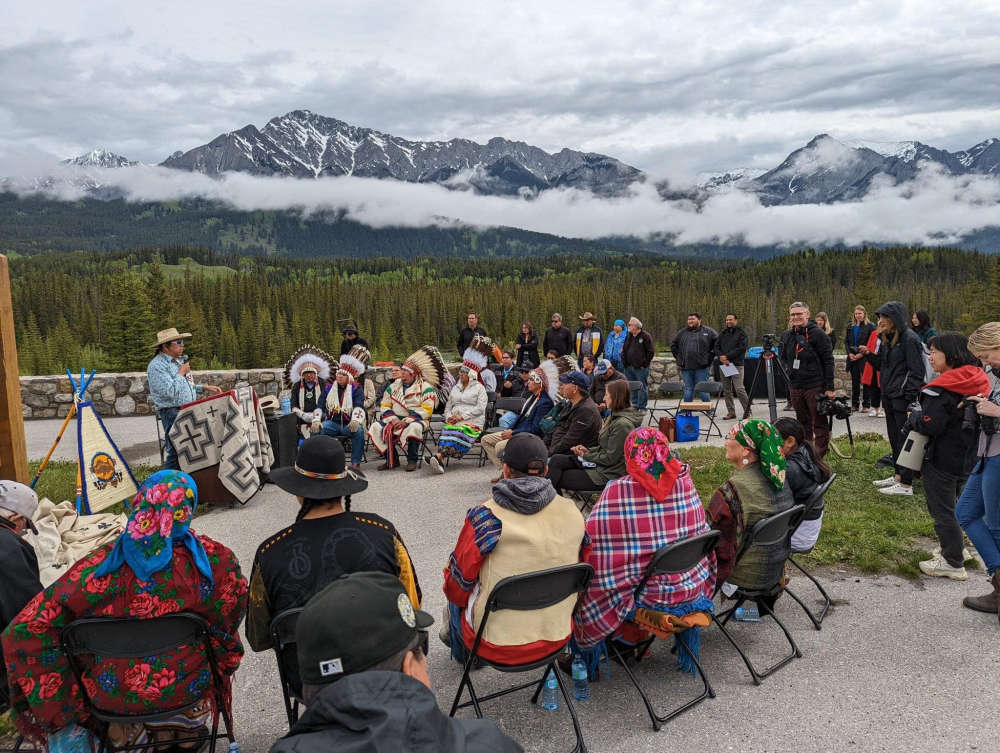 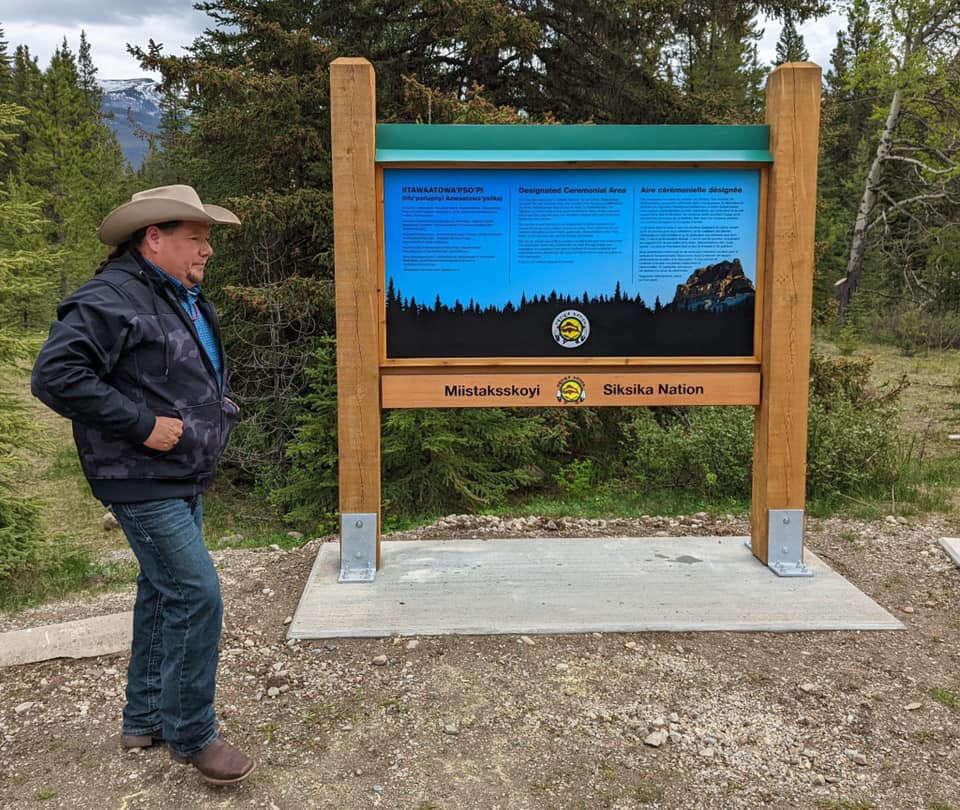