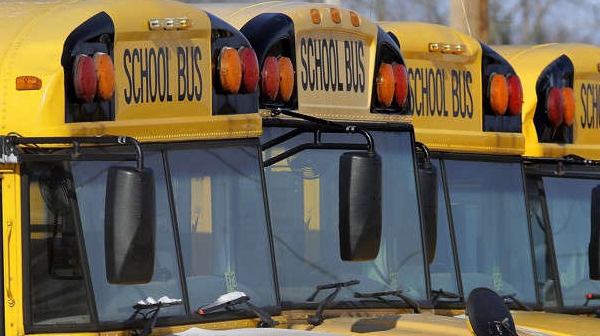 Southland Transportation is one of a few Calgary companies that operates school bus services and says it is suffering from a lack of trained drivers.

On Monday, parents at Mayland Heights School were given a thirty minute warning by Calgary Board of Education (CBE) before school ended that no bus driver from Southland Transportation was available to pick-up their kids.

The CBE says there is no designated driver for this route.

Stephanie MacDonald a mother says it is frustrating for parents like her not knowing if her nine-year-old daughter will be stuck at school while she and her husband work.

“There is definitely a lack of notice in terms of timing, because it does take a while to be flexible and pivot and call in your community to assist where they're not able to,” said MacDonald.

MacDonald says she receives regular communication from the school board about delayed or cancelled buses.

CBE says there is a national school bus driver shortage, causing all kinds of inconveniences for families.

“This increases the possibility that drivers are asked to complete routes they are unfamiliar with and means buses could be delayed or canceled due to driver absences, mechanical issues or delays from the previous school on the route,” read a statement from spokesperson Joanne Anderson.

“At this time, we have approximately 35 out of 603 routes without a regularly assigned driver,” she said.

CBE says it has discounted school bus fees for families by 20 percent this year. and urges families to have a back-up plan for late or cancelled buses.

“Currently, the CCSD has (between) 10 to 12 out of 235 routes without a bus driver. Our carriers are continually hiring and training new drivers to try and fill these positions.” they said.

The CCSD says parents should consider putting together a back-up plan – such as carpooling, parent pick-up and “other solutions.”