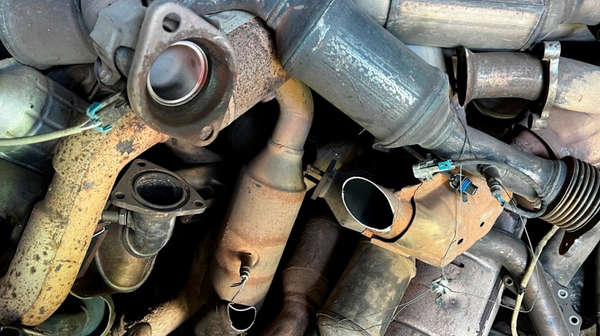 Members of Calgary city council says stronger penalities may be what it takes to curb catalytic converter thefts.

A group of councillors are set to propose changes to the penalties associated with the crime that authorities say has spiked in the past few years.

It states that while the Calgary Police Service does not have the ability to arrest anyone in possession of a disconnected catalytic converter, and scrap dealers must obtain and record identification from all of their customers, more needs to be done as a deterrent.

The motion used an example of the City of Leduc, which passed bylaw amendments last September.

According to that rule, anyone in possession of an unattached catalytic converter can be fined $1,000, unless they have a valid business licence for an automotive repair or supply business. Anyone not convered under a licence but needs to be in possession of the parts, can apply for a free permit from the RCMP.

The motion in Calgary would be along the same fine - a penalty that would lead to a mandatory court appearance and the possibility of further punishment.

Police say the main motivation to steal catalytic converters is the metal contained with them.

Earlier this month, Calgary police introduced a partnership with Kal Tire offering car owners the chance to have their VIN engraved onto the surface of their catalytic converter.

Authorities say that when the parts are turned over to a scrap dealer, the business can use the information to determine if it's been stolen.

If approved by council, administration is expected to return with recommendations later this year.