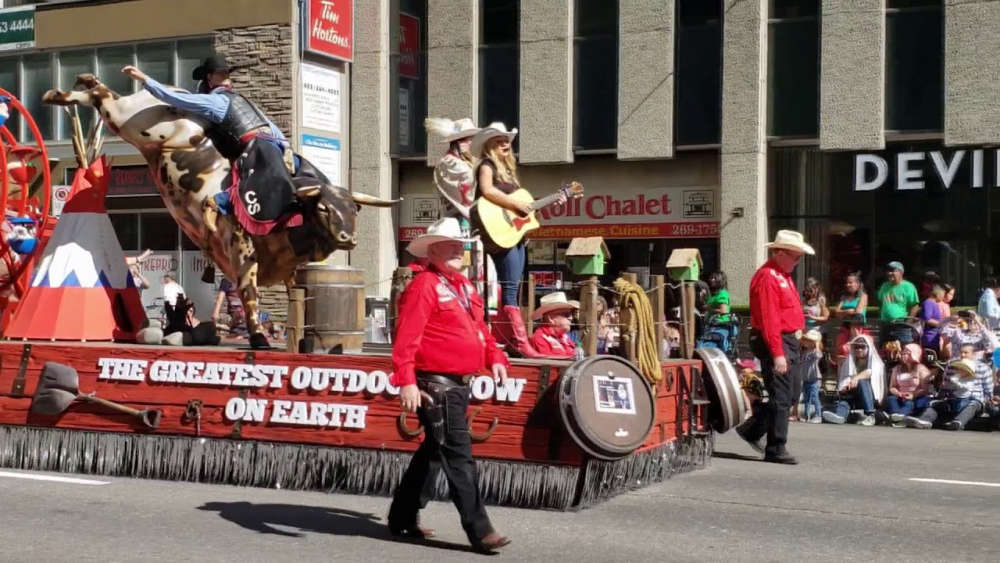 The parade starts at 9 a.m. on 9th Avenue at 3rd Street S.E. and marches the route for about two hours

Hundreds of thousands of people are expected to gather in downtown Calgary to witness the iconic kick-off to the Calgary Stampede, and the talk of the town over the last few weeks, is this year's parade Marshall.

“Everybody wants to talk about Kevin Costner. His involvement has really created a surge of interest in the parade this year,” said Keith Marlowe, vice-chair of the Calgary Stampede parade committee. “We’re expecting probably our biggest parade by turnout since 2012 when Prince William and Katherine were here in Calgary.”

Officials with the Calgary Stampede said audiences can expect to see a lineup of more than 90 entrants this year, including marching bands, floats, mounted colour parties, men playing bagpipes in traditional kilts and some real-life sheriffs.

There are also a few floats in particular to keep an eye out for, including an entry by the local Ukrainian community called “Glory to Ukraine,” which is expected to be an important and visually stunning entry, as well as an exciting colourful new entry by the Consulate of Mexicom.

For more information on this year’s event, click here.