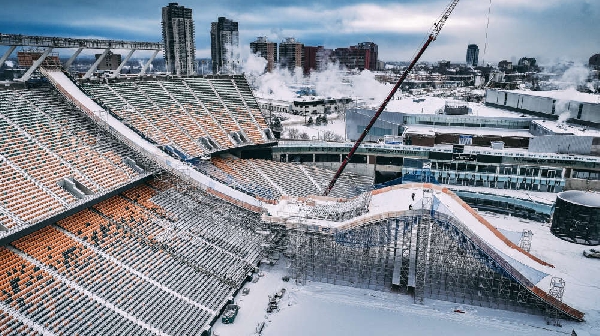 For the first time ever, a BIG AIR World Cup is held in a stadium in Canada and will be in Edmonton this weekend.

Coononwealth Stadium has been loaded with snow since last week as it gets ready to host the world's best snowboarders.

Edmonton will host the first ever FIS Snowboard Big Air World Cup to be held in a stadium.

To make it happen, 1,200 cubic metres of snow needed to be hauled in to build the biggest stadium snowboard jump in history.

"[It's a] pretty unique thing to do," is what  Richard Hegarty said. He's the major event specialist for Canada Snowboard. "We build these kinds of jumps on snow quite regularly, but you never get to build them in a stadium."

"This, to my knowledge, is the largest scaffolding build ever built in history."

The Big Air World Cup event, titled The Style Experience, will take place Dec. 9 and 10. It's a qualifier for the Olympics and the first North American stop of the 2022-2023 FIS World Cup season.

The snow used to build the ramp has been hauled in from Rabbit Hill, in Edmonton.

Hear the interview that Rellik did with Brendan Matthews of Snowboard Canada. 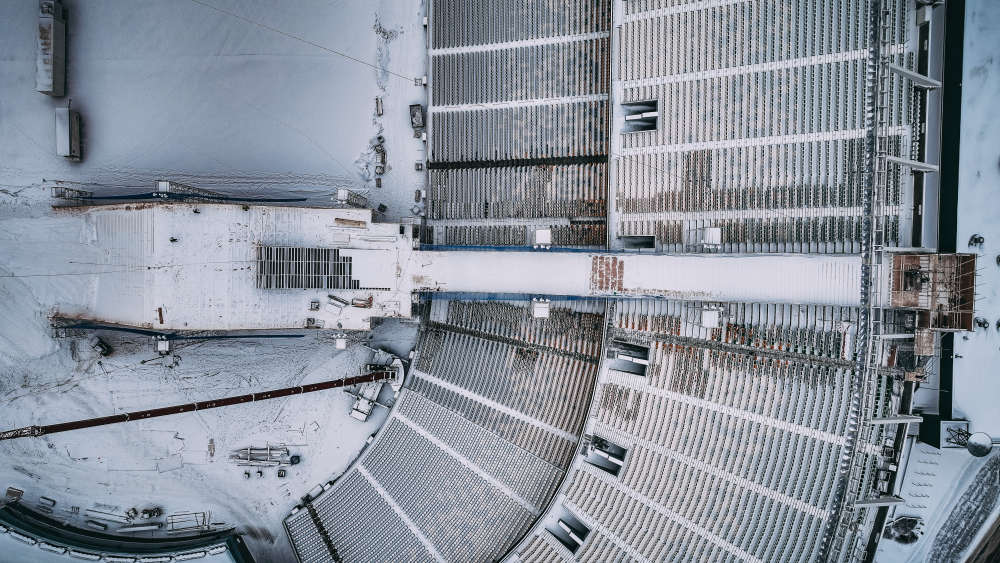 Aerial view of the ramp in Commonwealth stadium 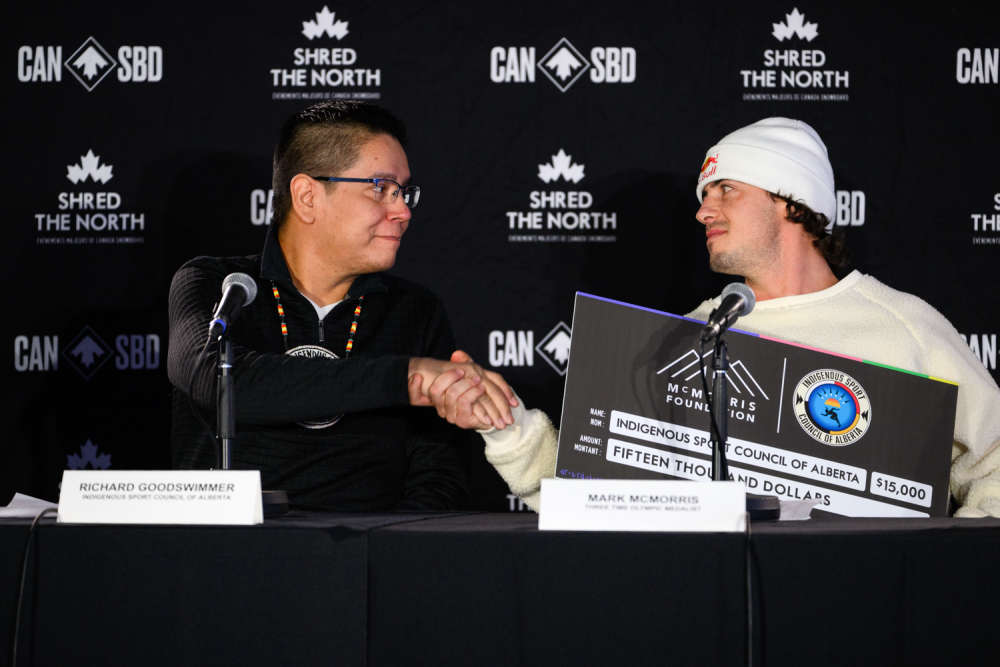