Alberta secures 5 million bottles of children's acetaminophen to distribute across province, then Canada 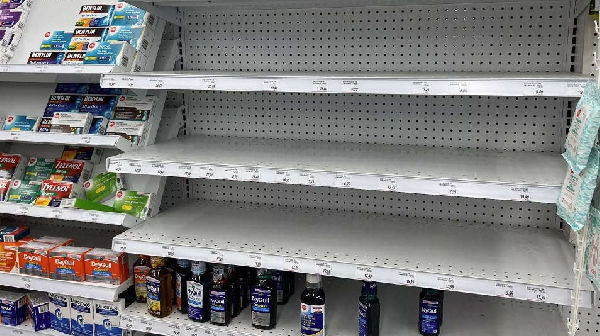 Alberta Health Services has secured five million bottles of childrens acetaminophen and it will be distubuted through out the province, and then to the rest of Canada, according to the Alberta government.

Speaking to the media, Copping said, "In the days ahead, we will be working closely with Alberta Health Services and Health Canada to expedite the approval process and get this additional supply to Canada and onto Alberta pharmacy shelves and into hospitals as quickly as possible."

He added, "Once approvals are in place, we should only be a few weeks. The medication will be sent to us in a number of shipments. When a shipment is received, the bottles will be available for ordering by pharmacies across the province and distributed within a couple of days."

Speaking about how much they paid and expected pricing, they added "a price that lets them sell it at the average retail price."

Smith reiterated, "You can feel confident that we are all moving as quickly as we can so Alberta families can get what they need."

Once Alberta pharmacies and hospitals have been supplied, the province will work with Health Canada to determine how to share the remaining supply with other jurisdictions across the country.

The  government's supplier was not  named but Smith abnd Copping said it has supplied dozens of markets in Europe and around the world for decades.