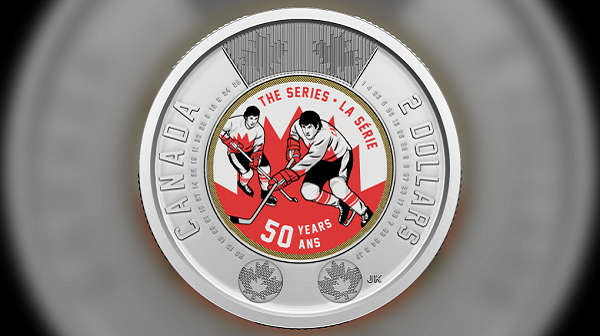 Fifty years to the day after Canada defeated the Soviet Union in the 1972 Summit Series. The Royal Canadian Mint is issuing a special coin commemorating clash of hockey superpowers, which goes into Circulation on Wednesday.

Canadian artist Joel Kimmel designed the reverse side of the coin that features two Team Canada hockey players set against the team’s maple leaf jersey emblem. They are framed by the words “THE SERIES” and “50 YEARS” in English and French. 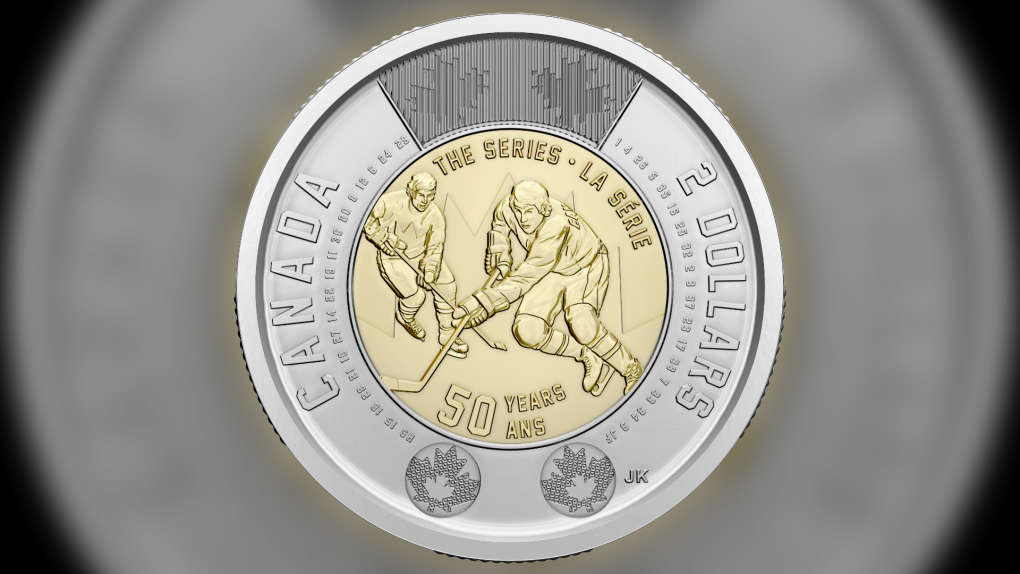 The coaches’ initials and the jersey numbers of every player surround the core. The obverse still features the effigy of Queen Elizabeth II.

Three million of the coins have been minted, of which two million feature a coloured inner core. The Mint says they will gradually reach Canadians as bank branches and businesses replenish their inventories of $2 coins.

The Mint is also issuing several collector coins, proceeds from which will be donated to the Ukrainian Humanitarian Appeal.

The collectibles can be ordered on the Mint’s website and at their Ottawa and Winnipeg boutiques.