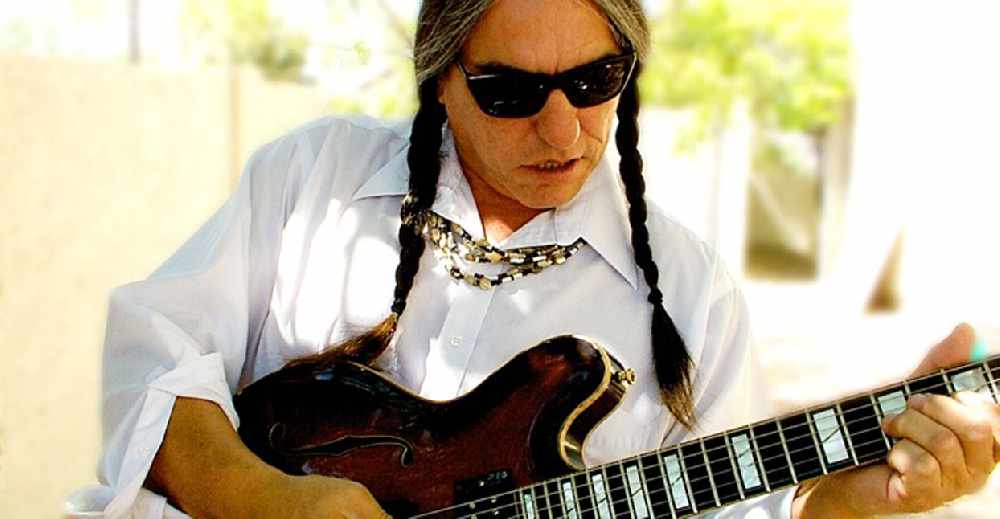 Keith Secola is an icon and ambassador of Native music. He is one of the most influential artists in the field today. Rising from the grassroots of North America, he is a songwriter of the people. Critics have dubbed him as the Native versions of both Neil Young and Bruce Springsteen. NDN Kars (Indian cars), his most popular song is considered the contemporary Native American anthem, achieving legendary status and earning him a well deserved cult following. It has been the number one requested song on tribal radio since the 1992. In 2011, he joined the ranks of Jimmy Hendrix, Hank Williams, Crystal Gale, and Richie Valens, and was inducted into the Native Music Hall of Fame.

Born in 1957 in Cook, Minnesota, Secola is affiliated with the Anishinabe tribe. He graduated from Mesabi Community College with a degree in Public Service in 1979, and completed a BA in American Indian Studies at the University of Minnesota in 1982. He is married and has two children.

Secola is an accomplished artist, garnering awards and accolades as a musician, a singer, a songwriter, a composer and a producer. He is highly skilled with the guitar, flute, mandolin, banjo, harmonica, and piano, and has played in venues from the halls of the Chicago Urban Indian Centre, to the walls of the bottom of the Grand Canyon. He has also performed at the Olympic Games in Atlanta 1996 and Salt Lake City 2002, and toured Europe several times