The Alberta Government has released details of a $478 Million plan to help ease congestion on Alberta’s busiest highway.

83,000 to 170,000 vehicles drive on Deerfoot Trail every day, and multiple projects are being worked out to help make for an easier drive.

The expansion plan would add both northbound and southbound lanes to 21 kilometres of the Deerfoot between Beddington Trail and Anderson/Bow Bottom Trail,  to improve traffic flow and ease congestion.

While work isn't scheduled to start until at least 2023, the long-term expansion plan is expected to create 2,330 jobs 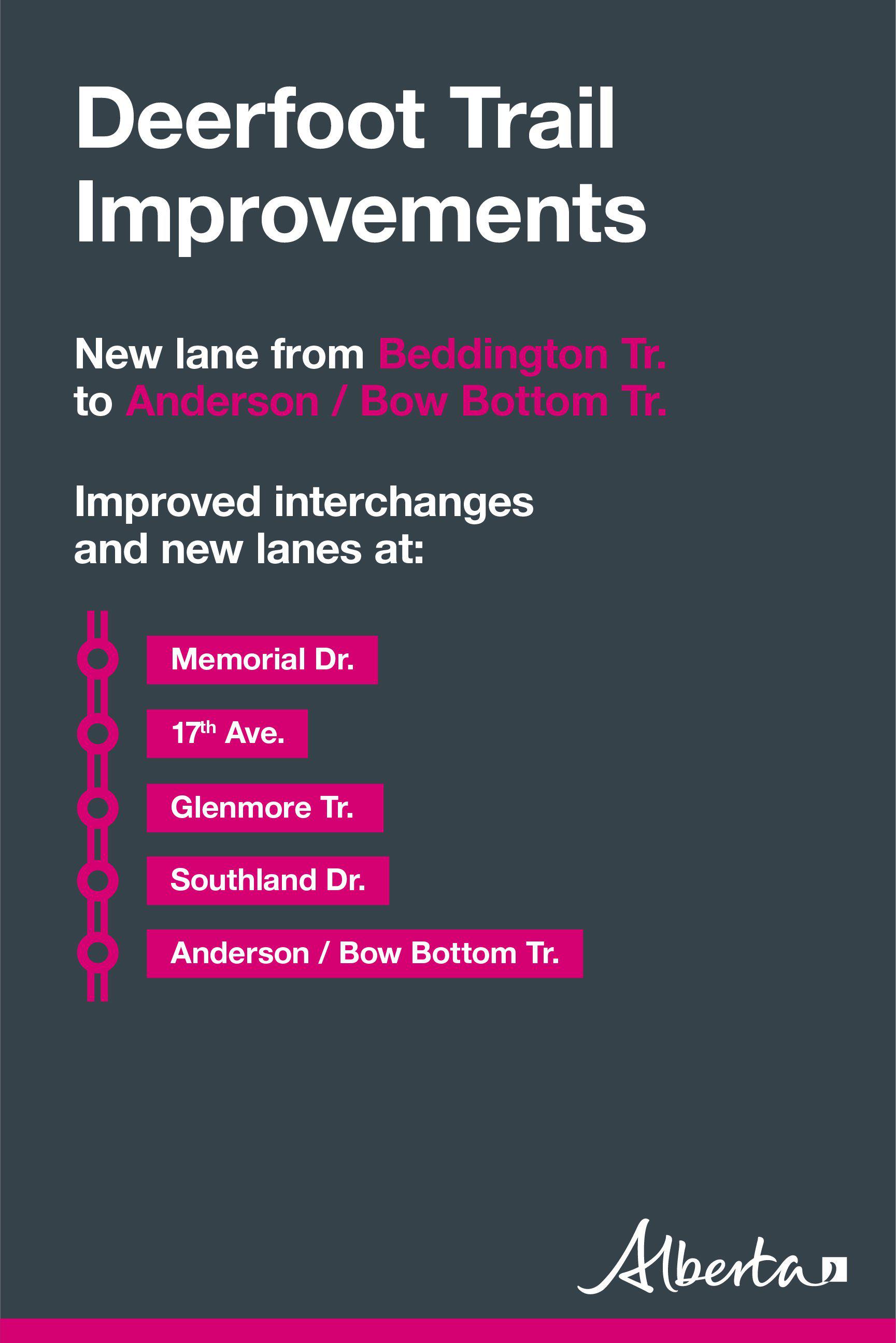