Listen to the Lowa Beebe Show,  Friday mornings at 9 only on the Windspeaker Radio Network.  Click here for frequencies across Alberta 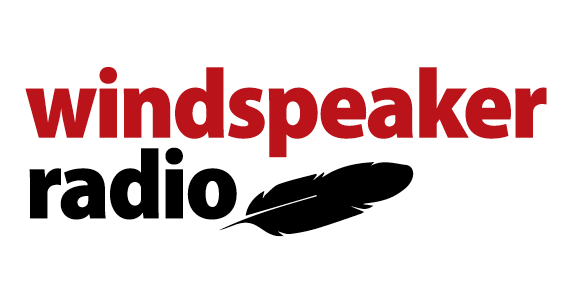 Lowa speaks with Elder Norman Manyfingers of the Blood Tribe. In 1990, he won the right to wear his braids while serving as a member of the Calgary City Police.

This week, Lowa speaks with Sherri Kellock from Bigstone Cree Nation. She shares her story of growing up in Calgary, her career & reconnecting with her family & Monique Bulmer from Mistawasis First Nation

This week, Lowa speaks with Rick Wilson, Alberta's Indigenous Relations Minister & 11 year old Roderick Wells-Wapass, they both share their stories of creating awareness and support for the Moosehide Campaign.

This week, Lowa speaks with hockey athletes Reggie Leach & Brent Dodginghorse. They both share their stories of their lives and careers.

This week, Lowa sits down with Alanis Obomsawin and Beverly Hungry Wolf, in recognition of International Women's Day 2020

This week, Valerie McDougall & Brooklynn Chief both share their thoughts on the closure of schools in Albera due to COVID-19 crisis

This week, Lowa Speaks with Stacy Doore & Derek Montour. They both share their thoughts on Emergency management on their Nations due the COVID-19 Crisis.

This Week, Lowa sits down with Sarah Sinclair from Peguis First Nation in Manitoba.  She provides legal service’s for the Indigenous Program at Calgary Legal Guidance & Tom Jackson from Whitefish Lake First Nation. He is the Chief Executive Officer for Goodfish Lake Business Corporation

This Week, Lowa sits down with Sheila North and Stephanie Harp, both of whom speak to their advocacy with the MMIWG Movement.

This Week, Lowa speaks with Authors David A Robinson from Norway house Cree Nation in Manitoba and Tracy Campbell from Michel First Nation in Northern Alberta.

This Week, Lowa speaks with Lawyer Daryl Royer and Dr. Linda Many Guns

This week, Lowa speaks with the staff from the new Stoney Nakoda Smitty’s & the General Manager of the Stoney Nakoda Resort, both located off of highway one on the way to Banff.  First Nation owned, both business speak to services, history, employment and how they are managing during this new COVID environment.

This week, Lowa is in conversation with Alex Scalplock from the Siksika Nation of the Blackfoot Confederacy. A champion Prairie Chicken Dancer on the Pow wow circuit, Alex reflects on his youth growing up with his late father Alex Scalplock Sr.

This week, Lowa speaks with Stephen Yellow Old Women from Blackfoot Crossing in Siksika Nation.  He discusses the innovative ways they are providing programs and the re-opening of the facility to the public in October. Lowa also chats with Jeron Rainy Chief, Owner of 49 Design. Jeron discusses his five-year journey building his brand and the opening of his new retail location in Calgary.

This week, Lowa talks with Sheldon Wuttunee. He shares stories from his cultural upbringing, hockey career, education and professional career. In 2018, he supported Colten Bouchie’s family during the trial of Gerald Stanley, featured in the awarded winning documentary ‘We Stand Up,’ which is now free on the NFB website.

On the show, Lowa speaks with Ruby Littlechild, Alistair James, & Dirk Scharbatke, from SNC-Lavalin. From 2018 to 2019 they collaborated on three projects with Ermineskin Cree Nation in Alberta

Lowa speaks with best-selling author Thomas King. They discuss the time he worked at the University of Lethbridge & the relationships he built at the Blood Tribe. His newest bestseller is Indians on Vacation.