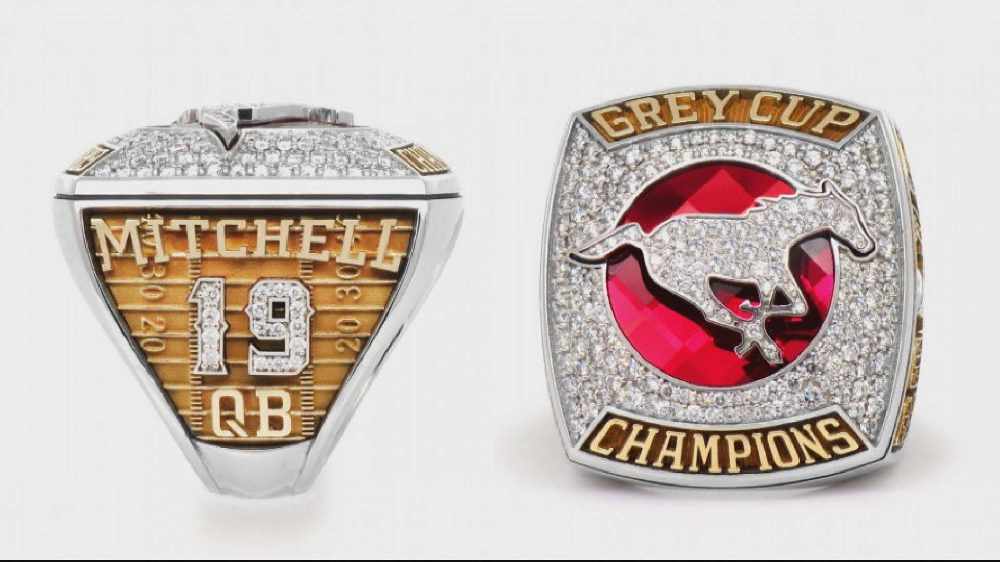 According to police, Calgary Stampeder Bo Levi Mitchell had his truck parked in a lot in the 2500 block of 8 Avenue N.E. on Thursday, Jan. 2. CPS said someone managed to steal Mitchell’s two 2018 Grey Cup rings — the championship ring and the most outstanding player ring.

CPS is asking the public to keep an eye out after Mitchell’s 2018 Grey Cup and Most Outstanding Player rings were stolen from a truck on January 2.

Police say they were able to identify a suspect using CCTV images from Calgary Transit, but the rings were not recovered when the suspect was arrested.  Charges are pending against the suspect.

Investigators are asking the public, especially collectors, buyers and sellers of sports memorabilia, to be on the lookout for the rings.

Mitchell, 29, has played eight seasons with the Stampeders, including the past six as the team’s full-time starting quarterback.