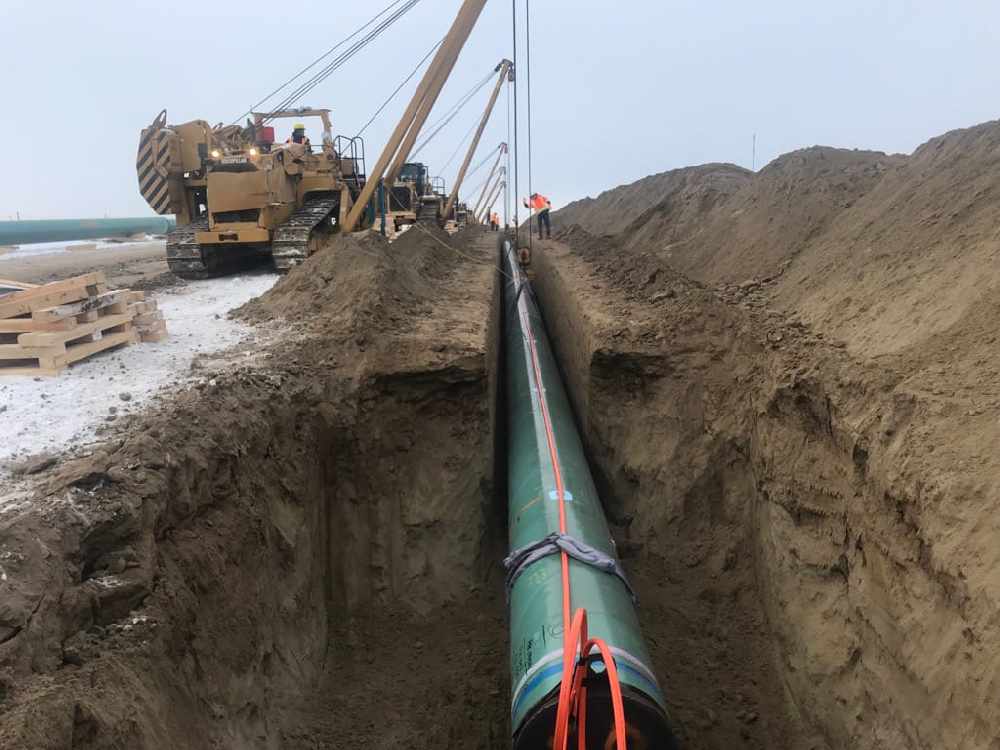 Construction so far has included completion of four new storage tanks at the federal government-owned company’s Edmonton Terminal, and continued work on the Westridge Terminal facilities at Burnaby to accommodate additional tankers for exporting crude.

Pipe for the Trans Mountain expansion project is officially in the ground in Alberta.

The company announced the milestone on social media on Wednesday after stating earlier this month they had plans to do so before Christmas.

Construction has been ongoing across Alberta for the past couple of weeks. This includes work on multiple pump stations and activities focusing on preparing the land for pipe.

In British Columbia, crews have been working on the Westridge Marine and Burnaby Terminals since August.

Trans Mountain also announced in October they had already hired around 2,200 people for work across the two provinces. Around 4,200 are expected to be hired by the end of the year.

The project has been in limbo since the Federal Court of Appeal halted it back in August 2018.

The government of Canada re-approved the project in June after the National Energy Board recommended it should move forward.

The project is expected to be completed by mid-2022.