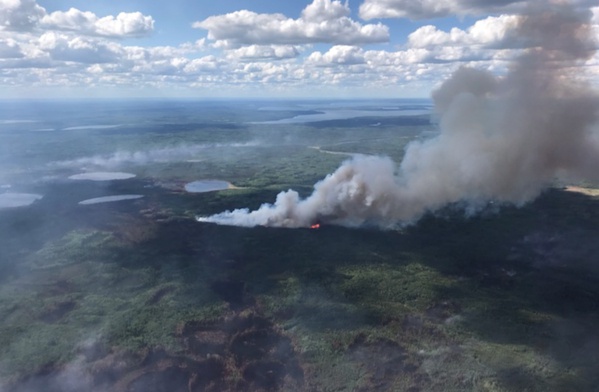 The Chuckegg Creek, Jackpot Creek and McMillan complex wildfires together cover an area of about 6,750 square kilometres.

More than 9,000 people have been forced from their homes due to out of control wildfires in northern Alberta.

People in other communities remain on evacuation alert and could be told to leave quickly if the wildfire situation gets worse.

These communities include High Level, parts of the Municipal District of Lesser Slave River, Bigstone Cree Nation and the hamlets of Wabasca-Desmerais, Sandy Lake and Chipewyan Lake.

The province says the 9,000 number includes about 700 people from the Paddle Prairie Metis Settlement who had to leave the community on May 26.

About 4,000 High Level residents who were forced to flee their homes last month were only recently allowed back.

There are 545 firefighters and support staff, 45 helicopters, airtankers, and 62 pieces of heavy equipment fighting the McMillan Complex fire.