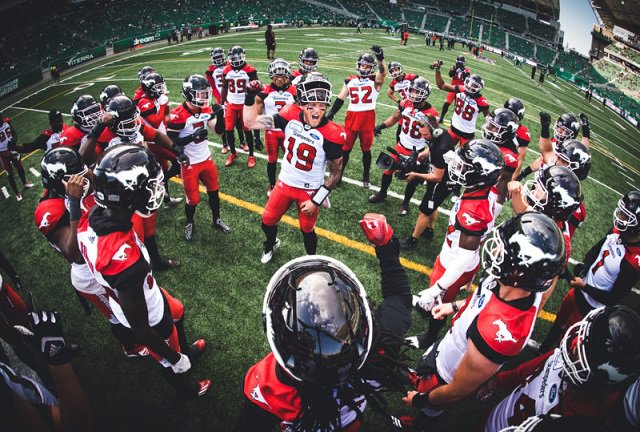 The 2019 regular season gets underway at McMahon Saturday with fan zone, championship banner raising and more!

The 74th regular season in Calgary Stampeders history gets under way on Saturday as the Red and White take on the Ottawa RedBlacks at McMahon Stadium.

Calgary has won seven straight home-openers and the Stamps are 42-30-1 all-time in their first home date including a 35-22-1 record since McMahon Stadium opened in 1960.

Kickoff set for 5, the game will also be broadcast on TSN.

From 2 to 5 p.m., the Fan Zone will be in operation on the south practice field. Included in the Fan Zone will be live music from High Steppin’ Daddy, a DJ, beer garden, barbeque food options, family-friendly games and sampling opportunities from Campari, Molson and Tim Hortons. The Grey Cup trophy as well as the NLL Cup, in recognition of the Calgary Roughnecks’ 2019 championship, will be on hand for photos. Fans can also receive autographs from Roughnecks players and former Stampeder and current Philadelphia Eagles linebacker Alex Singleton from 3 to 4 p.m.

Stamps supporters will have one final opportunity to honour the 2018 Grey Cup-winning season, when the championship flag is raised in the northeast corner of the stadium.

New for the 2019 season is the Red City drum line which will perform both before and during home games.

A brand-new 2019 opening video will debut prior to the Stamps player introductions.

Saturday’s halftime entertainment will be a tribute to the Roughnecks’ NLL Cup victory and include select players and coaches.