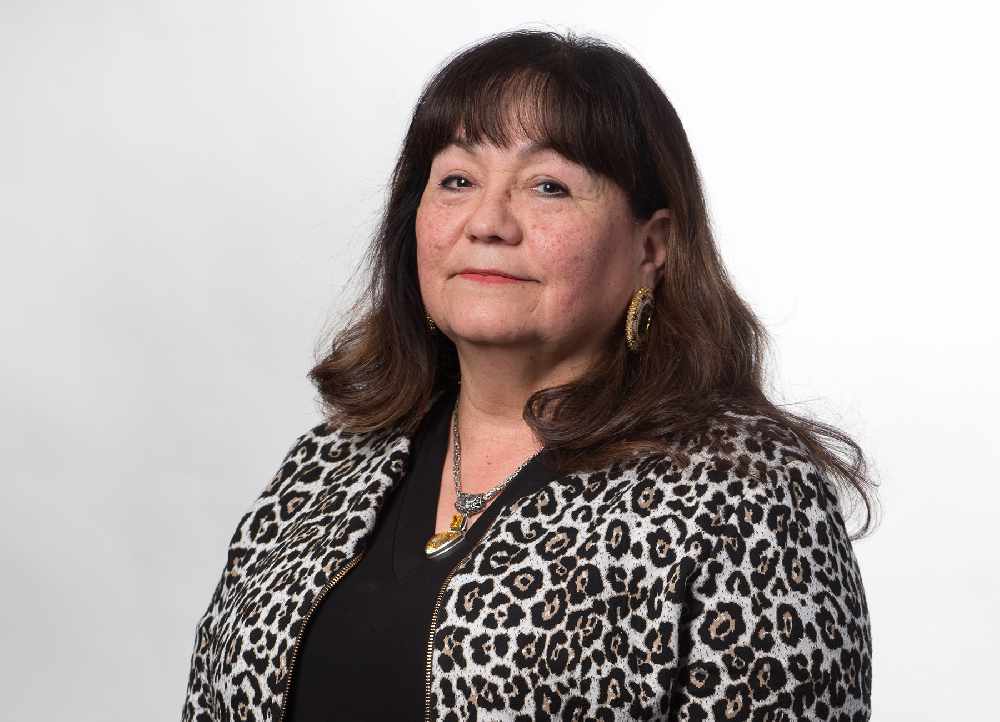 “People tend to be more open and trusting because they know you’re First Nation or Indigenous, so they let their guard down.” —Legal Aid Alberta staff lawyer Grace Auger

There are times when Legal Aid Alberta staff lawyer Grace Auger has to convince her Indigenous clients not to plead guilty for crimes they have not committed.

“They’ll say to me they just want to get it over with,” said Auger, a Bigstone Cree member, who works at the Legal Aid Alberta office on the Siksika Nation.

Clients take that stand because they do not want to return for a second court date; they feel they have been treated unfairly before or they don’t have faith the system will acquit them, said Auger. These are systemic issues that make the legal system difficult for many Indigenous people to navigate.

Auger tells her clients she won’t represent them if they want to plead guilty for a crime they have not committed. She is able to bring most of them on side because she has built a strong relationship with the people in the community. She takes the time to listen to their stories and, in return, her clients are comfortable enough to answer honestly when she asks them if they understand her “legal lingo.”

For 13 of the 22 years the LLA office has been open in the Siksika National Tribal Administration building in Gleichen, Auger has made the 95 km trip from Calgary four days a week. The other weekday she spends at court in Turner Valley or Tsuut’ina Nation.

Auger, who serves as duty counsel and criminal lawyer, is not the only familiar face at the Siksika Provincial Courthouse. She points out that the same two or three Crown prosecutors and judges hear the cases in Gleichen, which helps to build understanding between all parties.

Auger spent the first seven years of her legal career as a Crown prosecutor in Calgary before joining LAA.

“My whole goal going to law school was to work with my own people,” she said.

There is no doubt in Auger’s mind that her Indigenous clientele find it easier to speak with her than they would a non-Indigenous lawyer.

“People tend to be more open and trusting because they know you’re First Nation or Indigenous, so they let their guard down,” she said.

Auger is a strong believer in restorative justice, which allows for “creative sentencing”, and focuses on addressing the harm caused by the crime and making the defendant responsible.

Whether restorative justice is used depends on a number of factors, she says, including the defendant’s criminal record, the offence, and if the defendant wants to try alternative measures. The approach has been “very successful” in Siksika Nation, she said.

Auger was also involved with Calgary Indigenous Court (CIC), which began operating in 2019. CIC guarantees that Gladue principles, which take into account an individual’s Indigenous background, are considered in sentencing. Jessica Buffalo is the LAA Indigenous duty counsel at CIC.

LAA has been instrumental in making changes in the court process for Indigenous peoples, but Auger says changes need to be made throughout the legal system, from the police force straight through to incarceration.

Auger is hesitant to criticize the RCMP, pointing out she has a good working relationship with the RCMP Gleichen detachment. However, she doesn’t hesitate to say that incidents, such as what was faced by Athabasca Chipewyan First Nation Chief Allan Adam, are a clear indication that systemic racism exists in the RCMP.

Adam was charged with resisting arrest and assaulting an officer in Fort McMurray on March 10 after he was approached for lapsed registration on his vehicle. RCMP dashcam video shows Adam tackled to the ground by an RCMP officer, punched and put in a headlock. On June 24, the Crown Prosecutors Office announced the charges had been dropped. The incident is now under investigation by the Alberta Serious Incident Response Team (ASIRT).

Adam’s interaction with the police is just one of many incidents that has raised public outcry recently.

Systemic changes are needed, says Auger, and they need to be backed up by collecting disaggregated data (separated by groups like race or gender) to offer a clear indication of the breakdown of arrests, incidences during arrests, and the people who are incarcerated.

“One of our problems about learning about First Nations people is the history, like residential school. They’re tough topics. Nobody wants to talk about things that are uncomfortable,” she said.

“People want to learn. It’s just how do you go about it in a gentle way.”

Auger is optimistic that changes are starting. She points to the work that Legal Aid Alberta is doing as the organization works to have the Siksika model and Calgary Indigenous Court expand to other communities across Alberta.

“Ten years ago, we probably wouldn’t have been having these interviews. Which is a really positive sign that we’re looking at change. How do you make change? Bring it out into the open,” she said.