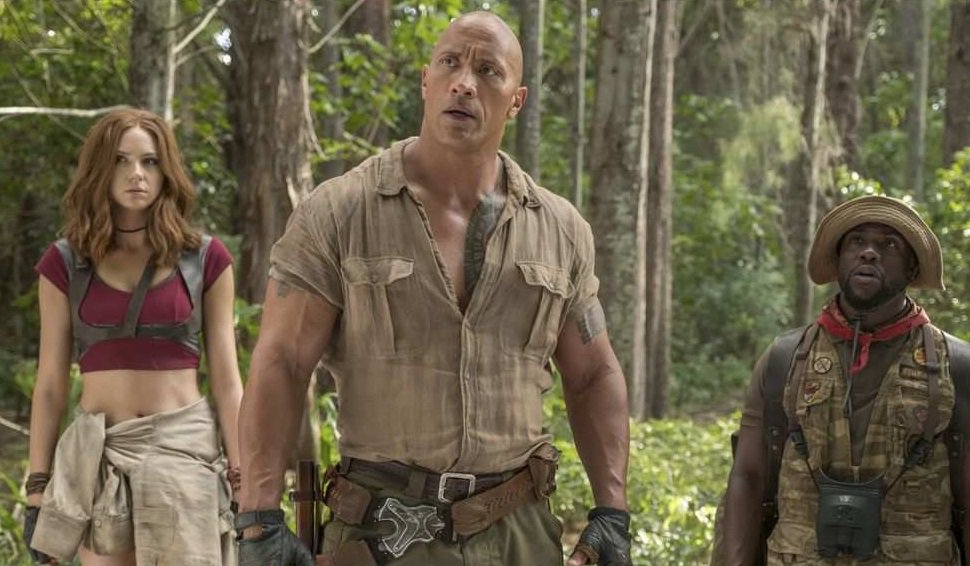 This image released by Sony Pictures shows Karen Gillan, Dwayne Johnson and Kevin Hart in Jumanji: Welcome to the Jungle

The third Jumanji is set to be released this Christmas.

Some scenes of the highly anticipated third installment of Jumanji,  will be shot in Southern Alberta next week.

The followup to 2017’s Jumanji: Welcome to the Jungle will be shot in the Kananaskis over four days next week. Dwayne (The Rock) Johnson, Kevin Hart, Jack Black and Karen Gillan are set to return for the sequel, although little is known about the storyline.

It’s unclear what cast members will be on hand for the four-day Alberta shoot.

After filming wrapped in Atlanta last week, Johnson hinted on an Instagram post that he would be in Alberta, saying: “Our production train rolls on to shoot in some pretty wild locations – the hot jungles, to the icy snow capped mountains and to the blistering desert dunes.”

Johnson, Hollywood’s current box-office king, is a former pro-wrestler and had a short stint with the Calgary Stampeders in 1995.

Gillan, the Scottish actress who played Martha/Ruby Roundhouse in Welcome to the Jungle, confirmed to Postmedia on the weekend that she will be in the Calgary area next week for the unit shoot.  “We going on top of a glacier, which I’ve never done in my life,” said Gillan during an interview to promote the upcoming Marvel blockbuster Avengers: Endgame, in which she plays the superhero Nebula. “What’s that all about?”