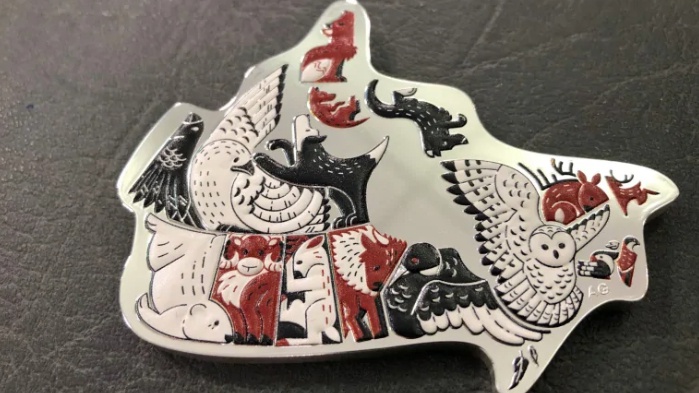 The designs creator, Alisha Giroux said that she was drawing Canada's map "for fun" one day when she realized the country's shorelines and provincial borders could be represented as animals.

This proudly patriotic piece was inspired by Canada’s geography and it’s animal icons.

The bird and mammal mascots that make up the design are uniquely suited to their respective home Provinces, and reflect who we are as a people—whether it’s Nunavut’s Canadian Inuit dog or Ontario’s common loon.

Giroux decided to design a two-colour version of her map for Canada's 150th anniversary and posted it online. About a year ago, she received a call from the mint, with an offer to have her design featured on a coin.

"I had a little cry, because it was immensely flattering, and surreal, and very special,"