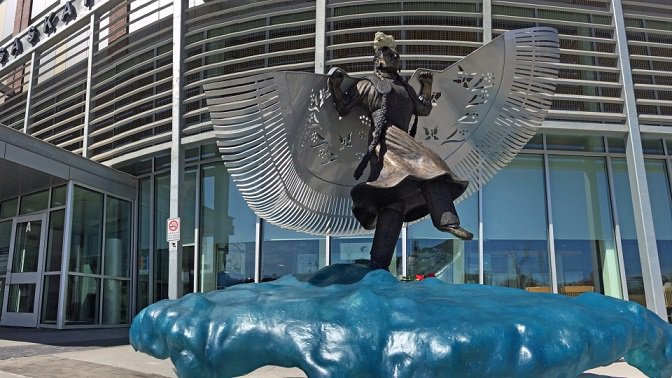 A monument in Saskatoon, honouring missing and murdered indigenous women and girls

Funding decisions took a "family-first approach," which meant each application had to include a letter of support from affected families. More than 100 projects will receive funding for commemoration projects of various types.

Ottawa plans to spend more than $13 million over two years on projects to commemorate missing and murdered Indigenous women and girls.

The federal government says they will provide the money for community-led projects to help honour the lives and legacies of missing and murdered Indigenous women and girls, which will be used for projects including art installations, monuments and productions, by over 100 women's and Indigenous groups

Federal Minister for Women and Gender Equality Maryam Monsef said projects range from events that commemorate healing by acknowledging those who were murdered or disappeared by bringing people together to share and support one another, to the creation of items that leave a legacy, or educate people about the missing and murdered Indigenous women and girls.

Ottawa said that more announcements will soon be announced, and funds should start flowing shortly.

The approvals were underway when the national inquiry reported at the beginning of June.

In their report, the inquiry commissioners said they were glad to see the government funding these projects, but weren’t pleased that only “legally constituted organizations” would receive money, leaving out informal and grassroots groups.