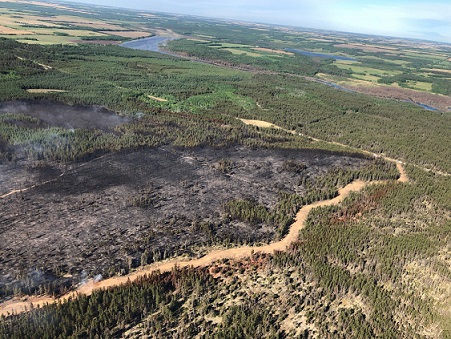 Moose Lake fire near Bonnyville, under Control at a size of 110 hectares

A number of out of control wildfires continue to burn in northern Alberta. Mandatory evacuation orders are in effect for:

Approximately 5,769 residents of the following communities have been approved to return home:

Paddle Prairie Metis Settlement Members are not allowed back home yet.

Town officials say there have been flare ups within the community and firefighters remain very active in the area putting out hotspots.
Structural firefighters are continuing to work in Paddle Prairie and AB Wildfire continues significant operations in the area.

No more homes have been affected and ATCO is working in the area restoring power lines, which should be completed over the weekend.

RCMP continue to patrol in the Paddle Prairie area

Fire behaviour: Smoldering and creeping fire east of Wabasca,  The hamlet of Wabasca is smokey.
The heavy equipment dozers on the fire are concentrating on fire guard near the community.

Rain is forecasted for Thursday and Friday, it is expected to speed up the re-entry process and have families home as soon as possible.

100 of the best firefighters in the United States arrived in Edmonton Wednesday morning.  They’re part of five elite hotshot crews from Montana ready to help battle the wildfires raging across parts of northern Alberta.

Alberta Wildfire says that there are 26 wildfires burning in the province, 7 out of control. 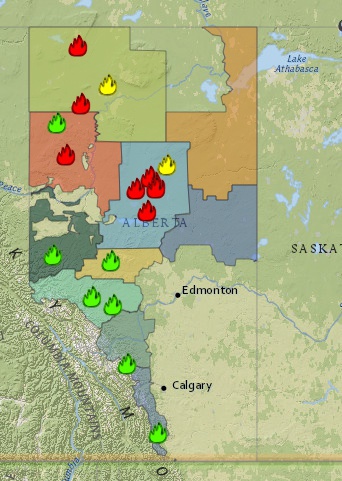