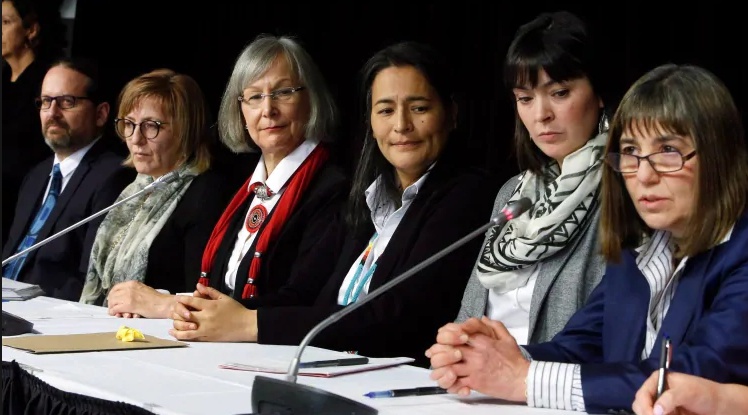 Commissioners with the National Inquiry into Missing and Murdered Indigenous Women and Girls speak during a press conference in February 2017.

The inquiry will live-stream the event in Gatineau, Que. on its website with simultaneous translation into a number of Indigenous languages.

The inquiry’s final report is expected to include recommendations for governments on how to combat high incidents of violence against Indigenous women and girls.

Commissioners collected testimony from 1,484 family members and survivors of violence, along with 83 knowledge-keepers, experts and officials at 24 hearings and statement-gathering events in 2017 and 2018,

The commission said it had received more than 10,000 submissions on how to address the root causes that lead to violence against Indigenous women.

The Native Women's Association of Canada says as many as 4,000 Indigenous Women and Girls have been murdered or remain missing.

"The closing ceremony and presentation of the final report will signal the dawn of a new day and honour missing and murdered Indigenous women and girls,” the inquiry said.