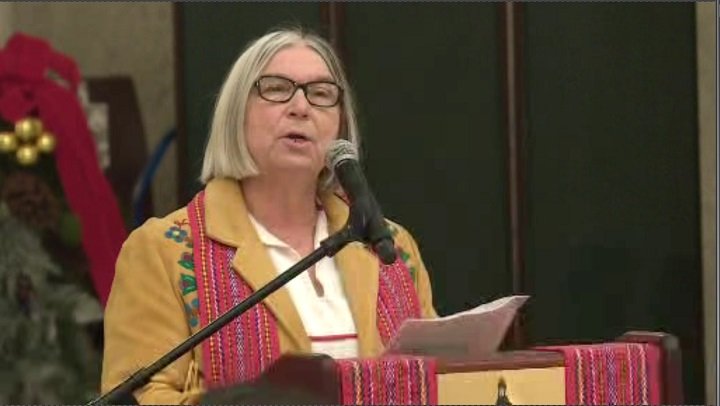 "For there to be true inclusivity in the curriculum, representation from many voices must exist at every level of the curriculum-making process and that includes Metis voices," — Audrey Poitras, MNA President.

Edmonton (March 31, 2021) – The Métis Nation of Alberta (MNA) is calling on the Government of Alberta to redraft its proposed K-6 curriculum, citing monumental concerns about the Euro-American colonial undertones. The MNA and its education and training affiliate Rupertsland Institute (RLI) had very little input into the design of the curriculum despite several attempts to be included in the committees that were established.

“For there to be true inclusivity in the curriculum, representation from many voices must exist at every level of the curriculum-making process and that includes Métis voices,” said Audrey Poitras, President, MNA. “Our citizens were shocked, and we are disheartened, to see our input and collaboration reduced to nothing more than a side-note in the draft that was presented to the public. The tone of the curriculum carries a Eurocentric-American point of view that effectively eliminates the voice and history of the Métis Peoples in Alberta.”

In a letter to Alberta’s Minister of Education, MNA expressed deep concerns about the lack of transparency by the government of Alberta leading up to the release of the draft curriculum, which breaches the United Nations Declaration on the Rights of Indigenous Peoples (UNDRIP) principles.

“This is another example of Alberta’s continued colonial practice over Métis peoples,” said Poitras. “The secretive approach under which this process was taken undermines the collective approach valued by our communities and it is unacceptable.”

The MNA calls on the Minister of Education to re-draft the K-6 curriculum in collaboration with the Métis and other Indigenous groups in Alberta to address concerns about UNDRIP and allow the government to uphold recommendations from the Truth and Reconciliation Commission to abolish colonialism in this province.