Man in custody after lighting vehicles on fire 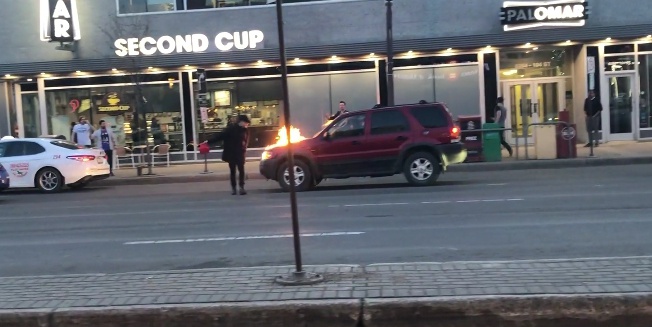 The man was apprehended by witness's and held until police arrived..

Edmonton Police have a man in custody after he lit more than 10 moving vehicles on fire in the Whyte Avenue area Friday night around 9.

A video, which was posted on Reddit, shows a man pouring gas onto a vehicle's hood and lighting it on fire.

According to EPS, the suspect threw the Jerry can and ran into a Starbucks as another man chased him.

He was taken down inside the coffee shop and held by multiple people until police showed up.

No one was injured.

Why the hell was someone lighting cars on fire on whyte? #yegdt #yeg pic.twitter.com/gjJmZJFgZo