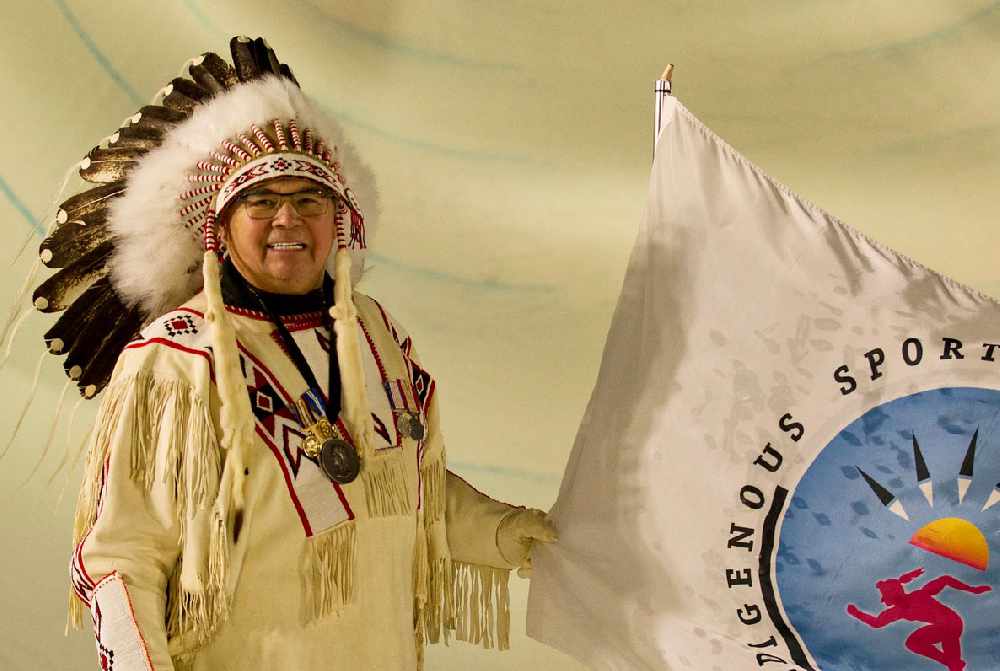 “We are highly honored and see him as a valuable asset to be a part of our ISCA family and team in growing as an organization now and in the future.” — Jacob Hendy, Indigenous Sport Council of Alberta executive director

Strater Crowfoot now has an official title to go along with his efforts to promote Indigenous sports and physical activity in Alberta.

Crowfoot, a member of Siksika Nation, was named the Elder Ambassador for the Indigenous Sport Council of Alberta (ISCA) this past Wednesday.

“He is somebody that has our same ISCA passion and desire to provide our Indigenous people with health and wellness opportunities through sport, physical activity and recreation,” said ISCA’s executive director Jacob Hendy.

Crowfoot, 65, seems a natural fit to be ISCA’s Elder Ambassador.

“I love youth and I love sports,” he said. “And I love serving.”

And Crowfoot had already helped out ISCA officials on a couple of occasions prior to his ambassador appointment.

This past February ISCA partnered up with Canada Snowboard at a World Cup event staged in Calgary. The two associations created an event in which Indigenous youth could try out snowboarding and skiing at Canada Olympic Park.

Besides doing a land acknowledgement of Treaty 7 territory, Crowfoot assisted event organizers by handing out medals to some of the winners of various competitions.

And in an effort to promote its current fitness and family challenges, Crowfoot was recently asked to present Alberta Premier Jason Kenney and Minister of Indigenous Relations Rick Wilson with ISCA medallions and apparel. 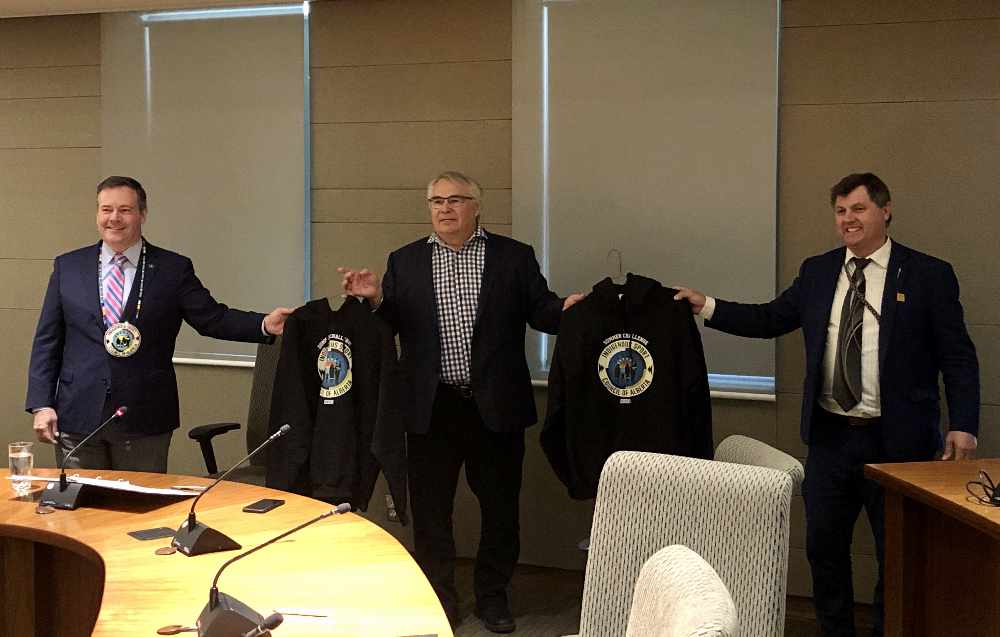 Hendy said his association is keen to continue working with Crowfoot.

“Strater is well known throughout Alberta and Canada through the Indigenous and non-Indigenous communities,” Hendy said. “And we are highly honored and see him as a valuable asset to be a part of our ISCA family and team in growing as an organization now and in the future.”

Crowfoot is pleased that he has hooked up with the governing body of Indigenous sports in the province.

“ISCA is there to help co-ordinate and provide opportunities for kids to participate in,” he said.

Crowfoot is an alumnus of the American school as well. He earned his Master’s in Business Administration from BYU in 1985.

Basketball was one of Crowfoot’s favourite sports to coach. He was a bench boss for various clubs for 15 years.

Highlights included coaching Alberta boys’ teams at three North American Indigenous Games (NAIG). His teams participated at the 1995 NAIG in Blaine, Minnesota as well as the 1997 and 2002 NAIG held in Victoria and Winnipeg, respectively.

And he continues to work. Crowfoot is currently the CEO and executive director of Indian Oil and Gas Canada, an organization that manages and regulates oil and gas resources on First Nation lands.

He’s been with that group, which has its headquarters at Tsuut’ina Nation, for 21 years.

In 2006 Crowfoot also became the first Indigenous board member on the National Energy Board of Canada.

Crowfoot practices what he preaches when it comes to physical fitness.

He has completed five full Ironman competitions, and has finished more than 50 half marathon and full marathon running races.

“His life experiences and involvement, from himself and his six children and 15 grandchildren, demonstrate he enjoys sports, physical activity and recreation,” Hendy said.

Crowfoot is not quite sure in what capacity he will assist ISCA next.

“I’m willing to help in any way,” he said. “I’ve got a few contacts as well and I can reach out to them.”

Rabbit, 33, is gearing up for his 15th season of pro hockey. He’ll be a player coach for the ECHL’s Jacksonville Icemen during the 2020-21 campaign.

Earlier this summer ISCA had appointed a pair of other well-known Indigenous hockey players as ambassadors.

Ethan Bear, a defenceman with the National Hockey League’s Edmonton Oilers, was picked as ISCA’s ambassador for a fitness challenge running during the pandemic.

ISCA also selected Brigette Lacquette, who in 2018 became the first First Nations player to crack the roster of the Canadian women’s Olympic hockey squad, as its ambassador for a family challenge the organization is also operating.

Local Journalism Initiative Reporters are supported by a financial contribution made by the government of Canada.