Colonialism, land and reconciliation between immigrants and Indigenous peoples explored in art exhibition 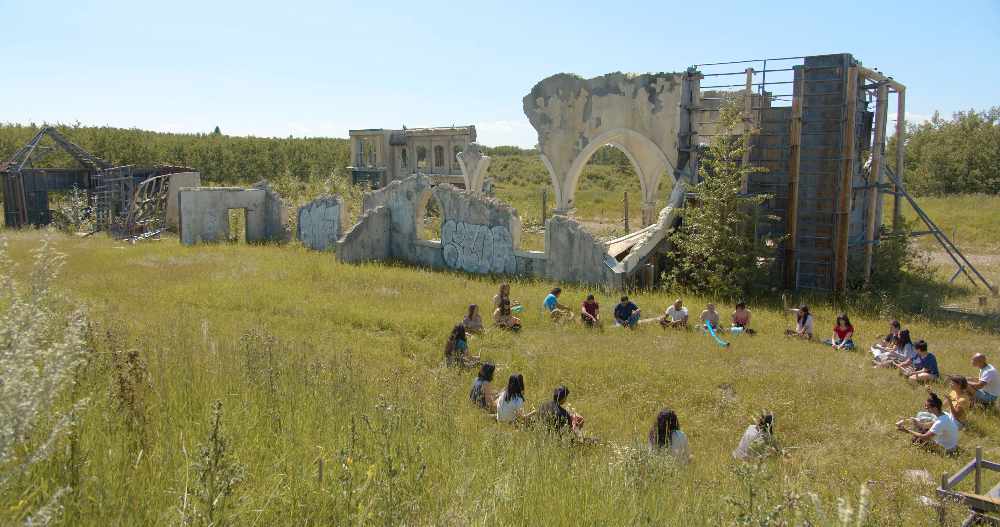 “I think we have our own reconciliation to do as immigrants because we often come to Canada with these big histories, and so there's different points of connection to make.” — Jin-me Yoon

A new art installation exploring colonialism around Calgary is the result of three years of relationship building between artist Jin-me Yoon and Tsuut’ina and Mohkinstsis (Calgary) based artists.

According to Yoon, the upcoming fall exhibit of her installation Untunnelling Vision is about the relationship between land and people, and the histories that both hold.

“I think we have our own reconciliation to do as immigrants because we often come to Canada with these big histories, and so there's different points of connection to make,” said Yoon.

The installation is made up of video, photographs, photo-sculptural elements, and objects. It features a number of Treaty 7 locations, including the southwest ring road construction site and a film set on Tsuut’ina Nation erected for the 2008 Canadian film Passchendaele about the First World War battle.

The installation was informed by themes of war and colonialism from Yoon’s Korean ancestry, and her experience as an immigrant in Canada.

Unlike other installations where Yoon would ask long-time family or friends to work with her, Untunnelling Vision included the experiences of young artists that Yoon previously did not know.

One of those new faces was seth cardinal dodginghorse, a Tsuut’ina Nation member and multimedia artist who had a personal connection to some of the locations featured in the exhibit.

He became involved in the project with Yoon three years ago after responding to a call out for Black, Indigenous and people of colour (BIPOC) artists.

“In my own artistic practice a lot of the focus of my work has been talking about the history of this land and how, even recently, it was affected by colonialism,” said cardinal dodginghorse.

He and his family were forcibly moved off of their land six years ago for the construction of the ring road, which he said has made his art more politically charged.

“Knowing the history of areas and home, and place, and land, is pretty important. So it was nice working with Jin-me where that was an important thing to practice,” said cardinal dodginghorse.

Both Yoon and cardinal dodginghorse said respecting boundaries, and the need for Yoon to not speak over Indigenous experiences was a necessary aspect of their working together.

“The really beautiful young people and also the cardinal dodginghourse family, who are Tsuut'ina, have generously allowed me to make this work. And it doesn't try to tell their story of their land. It's me witnessing and being alongside and telling you from my perspective,” said Yoon.

During the production of Untunnelling Vision, cardinal dodginghorse and Hanum Yoon-Henderson, Yoon’s son, led a workshop of the other young artists to improvise acoustic sounds, using left-over items from the Passchendaele film site.

According to cardinal dodginghorse, the land, which had been leased for almost 100 years by the Canadian Armed Forces for training, which included launching rockets, grenades, and other munitions, many of which were left unexploded, has not been maintained. 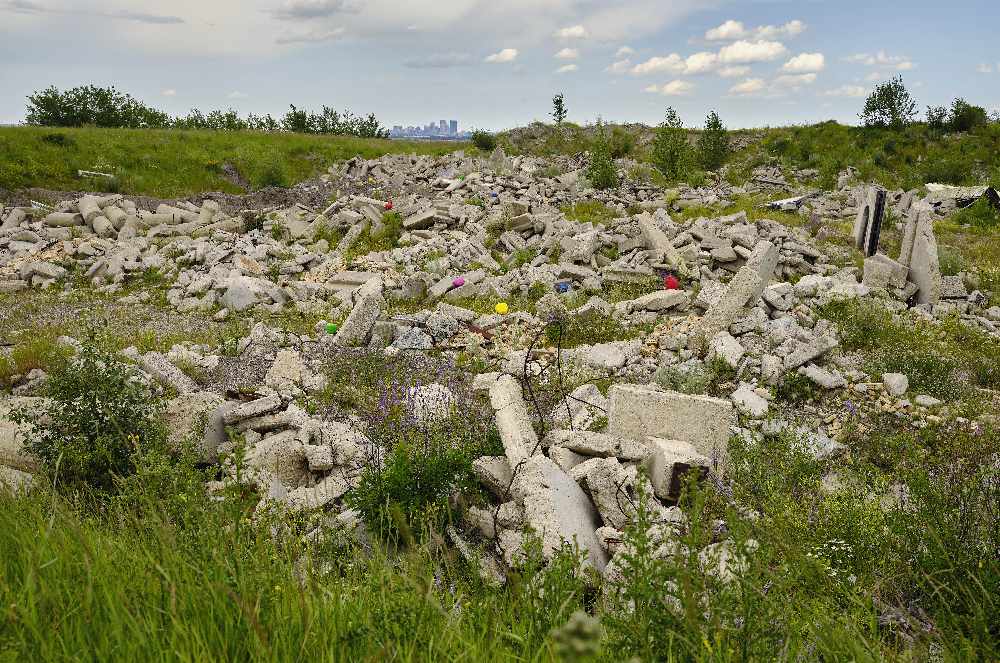 “It looks very much like a ‘90’s apocalyptic movie,” said cardinal dodginghorse.

The acoustic experiments, which later became part of the improvised score for the exhibit’s video, were conducted in a tunnel built for the ring road, which features prominently in the exhibit.

According to cardinal dodginghorse, building the tunnel resulted in the loss of the natural landscape, with trees being knocked down and natural springs drying up.

He says the tunnel is a personal and symbolic reminder of colonialism disguised as development.

“Now, the Tsuut'ina people are kind of hidden and tucked away under the ring road. So as people are driving to get to work and commute, people from the nation would be driving underneath in this tunnel, underneath the ring road,” said cardinal dodginghorse.

For these reasons, he hopes that audience members to the fall exhibit will include people from Tsuut’ina, residents of Calgary, with different viewpoints and values than what would make up the average liberal arts audience.

“I think it'd be nice to see the average Albertan or the average Calgarian at those things [the exhibit locations], and see things that challenge them a bit more,” said cardinal dodginghorse. 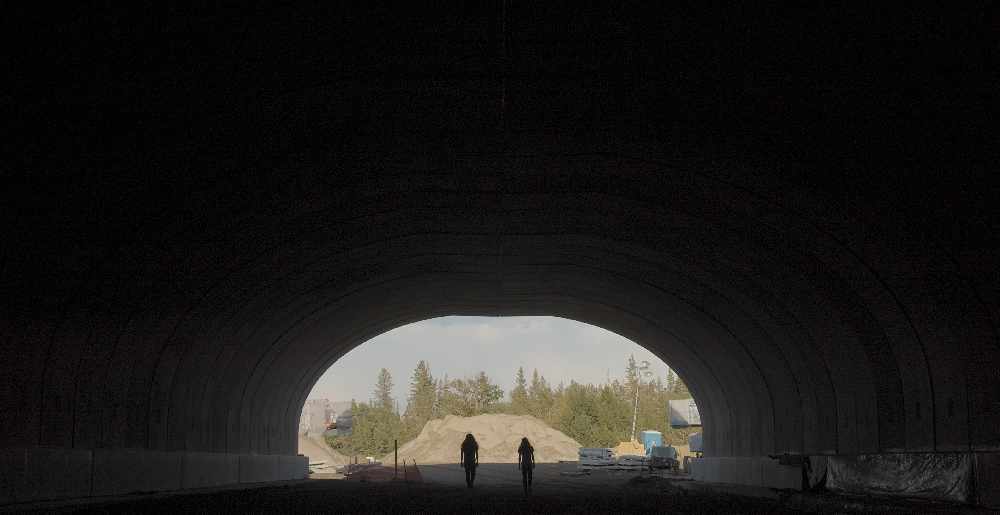