CJWE Radio playing Terri Clark - In My Next Life 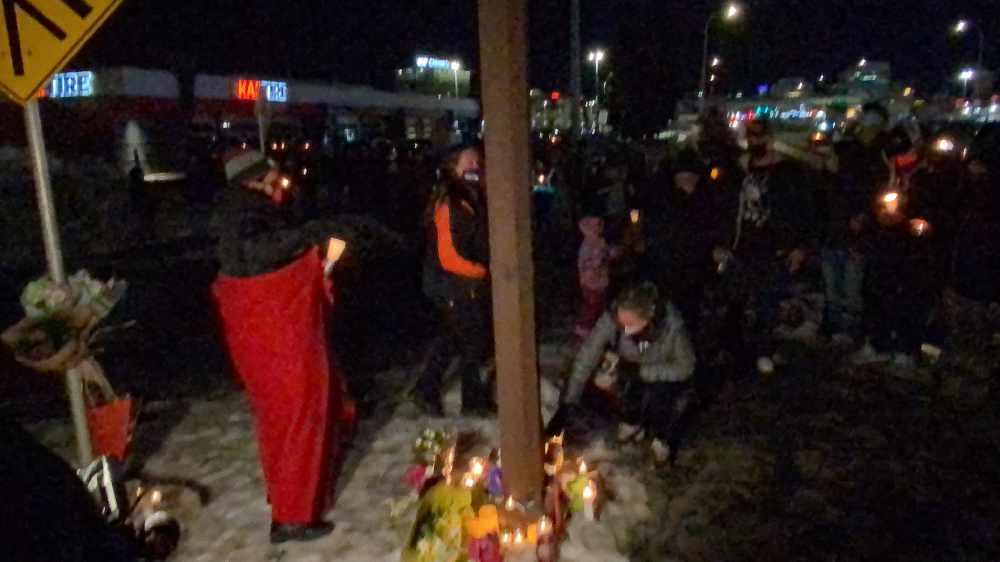 Many gathered on Sunday night to remember Blade Crow, the 21-year-old killed while walking along a major intersection in Calgary

Family and friends of Blade Crow-Pantherbone gathered on Sunday night to pay tribute to a life lost too soon. They played drums, sang and lit candles to mourn the loss.

The 21 year old from Kainai Nation was killed after he was hit by a vehicle while he was standing on a median at Macleod Trail and Glenmore Trail, waiting for the light to change. His 20 year old girlfriend and her 1 year old baby girl were also hit.

His girlfriend Aliyah Ramirez-Bernard and her one-year-old daughter both remain in hospital, Ramirez-Bernard suffered broken legs, a broken pelvis, and a cracked skull. Her daughter, who was in a stroller at the time of the crash, is scheduled to have surgery on Monday.

In a statement, Calgary Police say the driver involved in the crash was not able to navigate the turn. They’re investigating whether speed or impairment was a factor.

This is Crow-Pantherbone’s father, Morris

Friends have set up an online fundraiser to support the family, and cover funeral costs.

The family and friends of Blade Crow Pantherbone gathered for a candlelight vigil near Chinook Mall in Calgary this evening to honour their loved one and to pray for all who have lost their loved ones during this difficult time. pic.twitter.com/S25reLTjkW