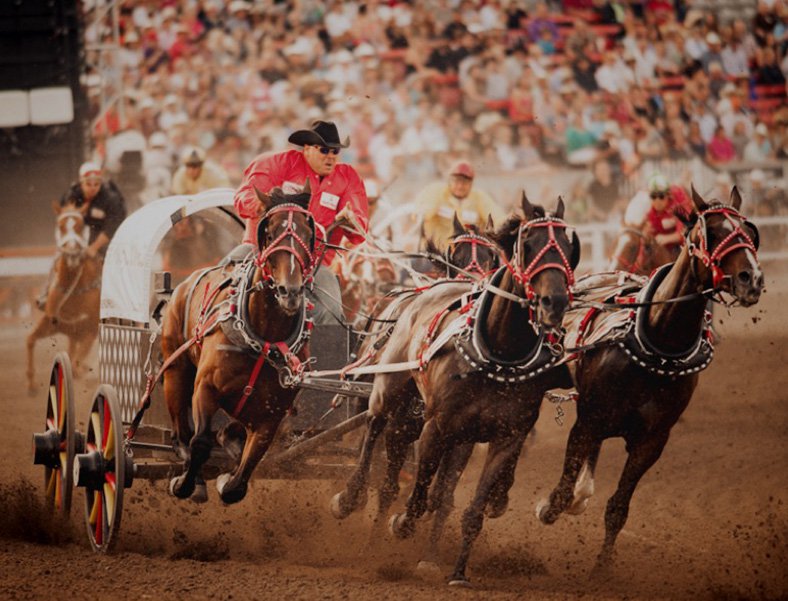 The Stampede also announced there would no longer be a tarp auction, a Stampede tradition for 40 years

Citing “safety and sustainability” reasons, the chuckwagon races at the Calgary Stampede will now feature only three rigs in each of nine heats. Historically, there have always been four wagons tearing around the track.

Drivers were notified of the decision in a letter earlier this week.

The Stampede said light-weight, collapsible arms will also be installed along the inside rail of the track, in order to create a buffer zone between racing wagons and the rail.

The Stampede has been under growing pressure from activists in recent years to improve chuckwagon safety, some even calling for the event to be completely scrapped.

The annual tarp auction, a stampede tradition for 40 years, will immediately become a thing of the past, with drivers able to work out their own deals with sponsors.

Kristina Barnes, manager of communications and media relations for the Stampede, stressed the changes “are all about being safe so as to allow us to continue chuckwagon racing at the Stampede for many years to come.”