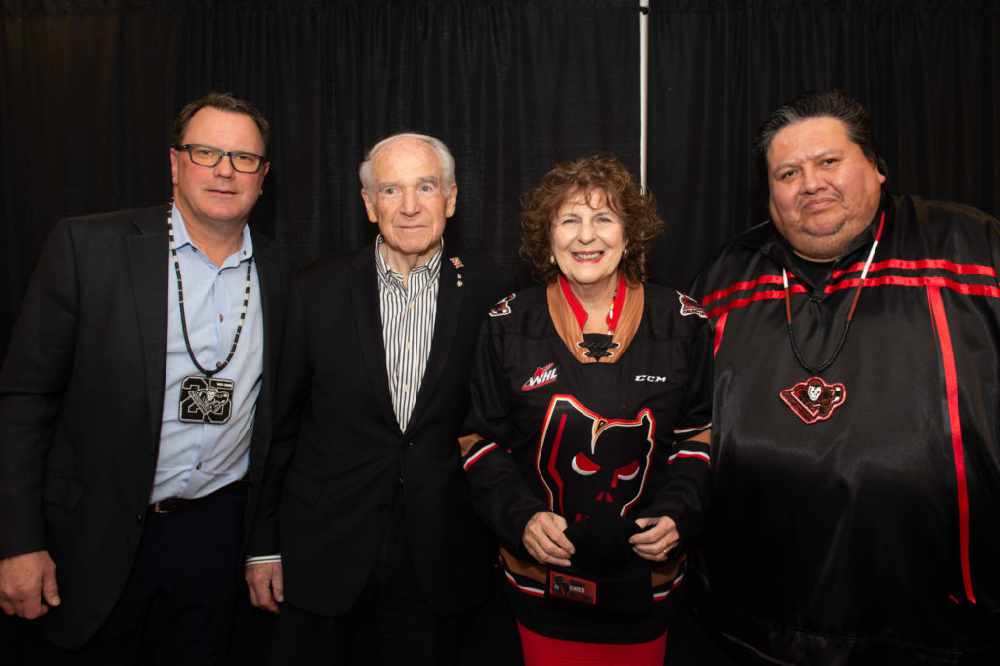 The objective of "Every Child Matters" is to create a game dedicated to indigenous youth empowerment through sport while celebrating the Blackfoot culture.

A special pre-game ceremony will begin with a blessing followed by the Blackfoot Flag Song and O Canada while former 1999 WHL Champion and Tsuut’ina Nation’s own Brent Dodginghorse will be the Adrenalin Source for Sports Hitmen Alumnus of the Day.  He will drop the puck in a ceremonial face-off.

During the game, both the Hitmen and Rebels will wear an ‘Every Child Matters’ decal on their helmets while intermissions will highlight the Blackfoot culture with traditional men’s and women’s dancers to perform on-ice during the first intermission and all fans encouraged to take part in the second intermission concourse Round Dance.  The Round Dance, to be performed for the first time ever at a Hitmen game, is of a special meaning to bring cultures together.

Throughout the day fans can enjoy a taste of Blackfoot food at the concession test kitchen behind Section 227 with the following items prepared by special guest chef Chris Eagle Rib;

A teepee will also be erected on the concourse behind Section 226 with tours and stories on its cultural significance while display booths will be set up offering information on Siksika Health Services, Siksika Child & Family Services and First Nations Health Consortium.

Following the game, 3,000 ‘Every Child Matters’ toques will be given away to kids upon exit as a show of solidarity.

This special day will not only be televised nationally on Sportsnet but also in Blackfoot across the province on Windspeaker Radio.  That includes CJWE 88.1 FM in Calgary and CFWE in Northern & Central Alberta, with the purpose of preserving and promoting the endangered language to a larger audience.

The Blackfoot broadcast is made possible with the support of Sportsnet 960-The Fan who holds the exclusive radio broadcast rights to Hitmen Hockey and will also carry the game in English.