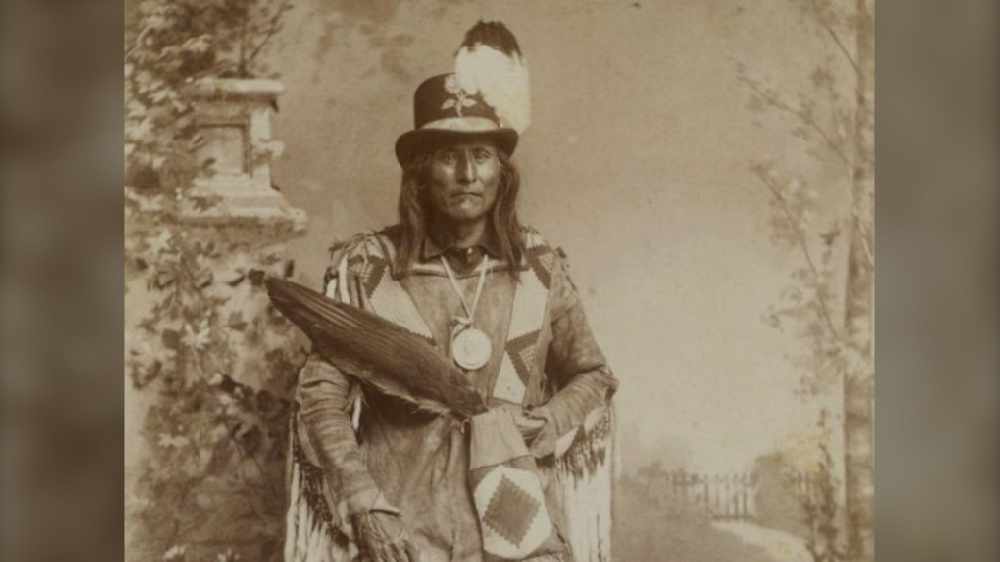 "As a direct descendant of the Great Chief Crowfoot, I am pleased that the regalia will be returned to its rightful home, the Siksika Nation, the Great Chief’s spirit can rest easy once all his belonging are gathered from the four corners of Mother Earth and returned back to his home"

Leaders of a UK community have voted in favor of returning some artifacts belonging to Blackfoot leader Chief Crowfoot.

The city of Exeter, a community south of London, announced the items will be returned to Siksika First Nation.

The regalia, which include a buckskin shirt, pair of leggings, a knife with feather bundle, two beaded bags and a horsewhip, once belonged to Chief Crowfoot, an important late nineteenth-century Blackfoot leader.

Once the pieces have been transferred, Siksika Nation will lend the regalia to the Blackfoot Crossing Historical Park, where they will be the care takers of the items.