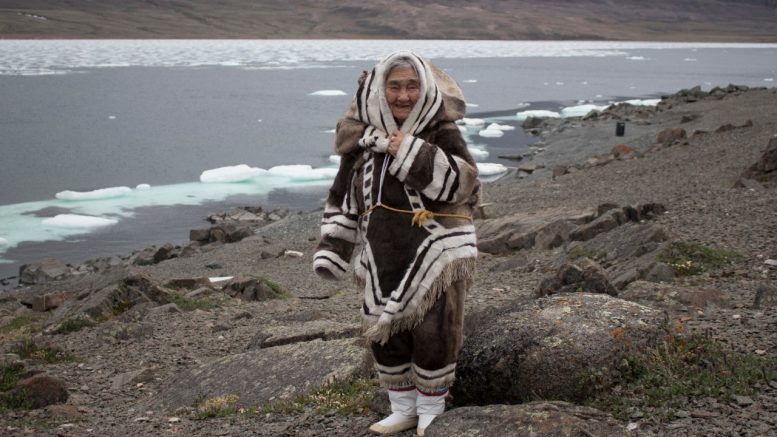 The story of how Attagutsiak and other Inuit participated in Canada’s war effort has previously not been told, by sharing the exemplary stories of our Hometown Heroes with Canadians, we express gratitude for their service and create a proud legacy that Canadians will remember and learn from for generations to come.”

Inuk Elder Qapik Attagutsiak, 99, along with other Nunavut Inuit were recently honored for their contributions as Hometown Heroes by the Government of Canada.

Attagutsiak played a vital role during WWII by voluntarily gathering animal bones and carcasses, which were then shipped to southern Canada to be made into munitions, aircraft glue and fertilizer.

The commemorative ceremony was held at the Canadian Museum of History, and featured a blessing by Elder Simon Brascoupé from Kitigan Zibi Anishinabeg First Nation, traditional throat singing and drum dancing by Inuit students, military music, the unveiling of a story panel about the Inuit contributions to WWII, as well as the presentation of a large inunnguat (an inuksuk-like figure in the shape of a human) in honour of Attagutsiak covered with drawings made by local school children.

While Attagutsiak says her family at that time knew little about the rest of world, they understood that their way of life was under threat and felt compelled to help however they could.

Today, as an Elder, she is still devoted to her community. She actively teaches her skills and shares her knowledge to inspire younger generations in Arctic Bay to grasp their natural and cultural heritage. 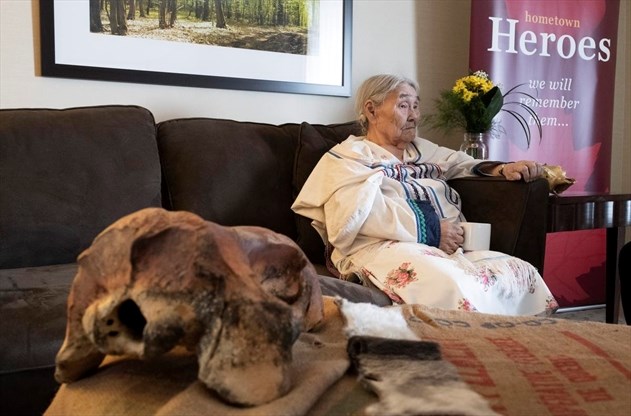